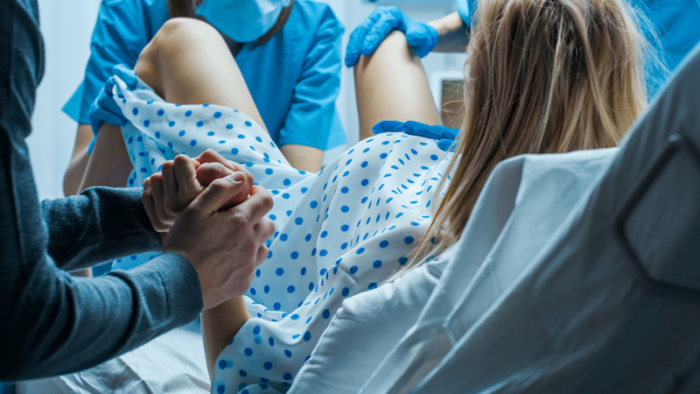 Many women in the US have given birth via Cesarean, or C-section. There are many reasons that this may be necessary or planned for, but there are some preconceived notions about C-sections that may not be true. One of those notions is that once you’ve had a C-section, all of your subsequent deliveries must be via C-section as well. This is not necessarily true. Given the circumstances of your previous Cesarean, you may be a candidate for VBAC.

VBAC stands for vaginal birth after Cesarean. This type of delivery is pretty much what the name says: it is vaginal childbirth in a woman who has had a previous Cesarean. If you’ve given birth by Cesarean before, you will probably have a choice of how to give birth again: a scheduled C-section or a VBAC. The latter may not be an option for you depending on the circumstances of your previous Cesarean, but there’s a good chance that it is. Below are some things to know about VBAC when speaking to your doctor about the plan for your next delivery.

What are the Benefits of VBAC?

There are many reasons women are interested in Vaginal Birth after Cesarean. One is that a lot of women desire the experience of vaginal birth. Also, if the woman is planning on giving birth to more children in the future, VBAC can help them reduce the risk of complications from multiple C-sections.

A big reason VBAC is attractive to a lot of women is that it does not require abdominal surgery. Recovery after childbirth is different for every woman no matter how she delivers, but major surgery can make it a little more difficult.

Cesarean is often necessary for the safety of the mother and child, but if it’s an option, some women might choose vaginal birth so they do not have to cope with the longer recovery period of a major surgery while taking care of a new baby.

Also, because there is no surgery required, the risk of infection and blood loss are lower in a VBAC.

What are the Risks of VBAC?

Of course, along with benefits, VBAC has risks. You and your doctor should pay special attention and go over your medical history, especially involving pregnancy and birth when considering VBAC over a repeat Cesarean. But before you have that conversation with your physician, there are a few risks you might want to know about.

Other risks include infection, blood loss, and other complications related to vaginal childbirth.

What are the Statistics on VBAC?

Most studies show results of about 60-80% of women who have previously undergone Cesarean birth can successfully give birth vaginally.  As stated above, the biggest risk is generally uterine rupture, and in the past, the American College of Obstetricians and Gynecologists (ACOG) reported that in women with previous C-sections with low transverse incisions (instead of high vertical, or classical, incisions), the chance of uterine rupture during vaginal delivery was about 1 in 500.

What Makes Someone a Good Candidate for VBAC?

There are a number of criteria that should be met for someone to be a good candidate for Vaginal Birth after Cesarean. In recent years, these criteria have become a bit less restrictive as more has been learned about the risks and benefits of VBAC. And in accordance with the statistics above, many women will fit into these criteria. These include:

There are other factors that make it less likely for a woman to be considered a candidate for VBAC. These factors may create conditions that could pose a threat to the health of the mother or the child. These risk factors include:

Of course, you and your doctor are the only ones who can determine if you can safely deliver vaginally after having a previous cesarean. The board-certified physicians at Raleigh OB/GYN can work with you figure out what your birth plan might look like. If you want to talk more about Vaginal Birth After Cesarean and whether or not it might be possible for you, schedule an appointment by calling (919) 876-8225