Because the pelvis houses the reproductive organs, pelvic pain is often a sign of a problem with the uterus, ovaries, or cervix. Pelvic pain can take many forms. Different types of pelvic pain include:

Pelvic pain can either be acute or chronic. Acute pain is a new pain that comes on suddenly. Chronic pain refers to pain that occurs regularly for six months or longer. 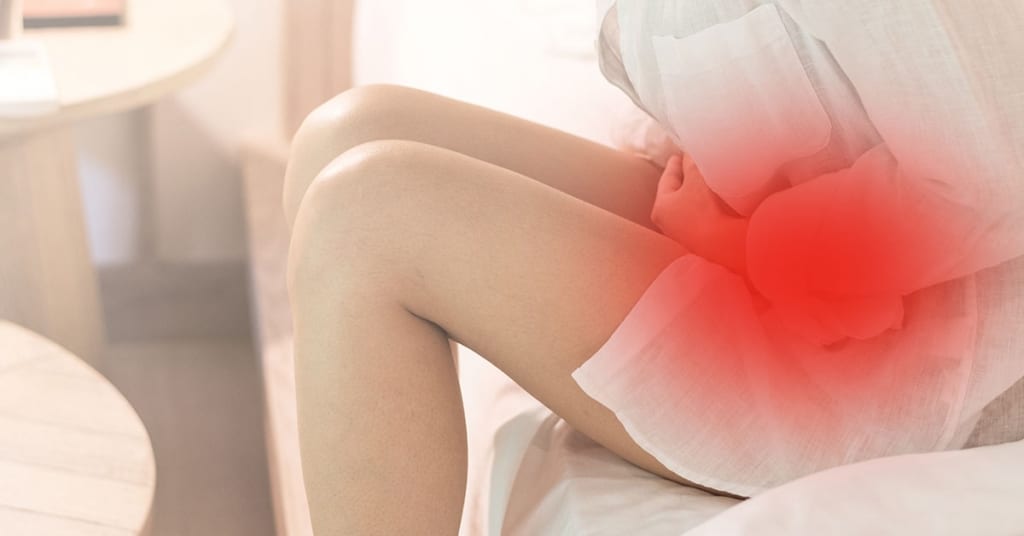 Pelvic pain is caused by a number of different conditions, both chronic and acute. Some of these conditions are not serious while others require immediate medical attention.

Endometriosis is a condition in which the tissue that forms the lining of the uterus (endometrium) grows outside of the uterus. According to the US Office on Women’s Health, endometriosis affects more than 11% of American women. Endometriosis often causes severe pelvic pain along with other symptoms that interfere with daily life. It can also lead to fertility issues. The symptoms of endometriosis include:

Some women experience pelvic pain during ovulation. Ovulation is the part of the menstrual cycle in which an egg is released from an ovary. This pain is called mittelschmerz and is temporary. It can be treated with over-the-counter pain relievers and usually resolves within a few hours.

Many women experience pain before and during their menstrual periods. This pain is often called cramping and is caused by the uterus contracting to shed its lining at the end of the menstrual cycle.

When symptoms occur before menstruation begins, it is referred to as premenstrual syndrome (PMS). When the symptoms are severe enough to interfere with daily life, it is called premenstrual dysphoric disorder (PMDD). Other symptoms of PMS and PMDD include:

Pain during menstruation is called dysmenorrhea. This kind of pelvic pain is also often described as a cramping feeling but it may also cause aching in the thighs and lower back. Symptoms that might occur with period pain include:

Ovarian cysts are benign (noncancerous) growths that develop on the ovaries. Most ovarian cysts don’t cause symptoms. However, some cysts are large enough to cause pelvic pain, bloating, or heaviness in the abdomen. If a cyst ruptures, it can cause sudden and sharp pain.

Ovarian torsion is a condition in which an ovary twists around the ligaments that hold it in place. The twisting causes a sudden, sharp, and excruciating pain in the pelvic area and can cut off blood flow to the ovary. Ovarian torsion is considered a medical emergency that usually requires surgery.

Uterine fibroids are benign tumors that grow in the uterus. Many women do not have symptoms related to fibroids and do not even know they have them. But if the fibroids are large or in certain locations, they may cause pelvic pain, heavy periods, back pain, leg pain, or bleeding during intercourse.

Cancers that affect the female reproductive system may cause pelvic pain. Gynecologic cancers include cancer of the uterus, endometrium, cervix, and ovaries. Pain caused by gynecologic cancer is usually dull and aching. This pain may be accompanied by unusual vaginal discharge.

The treatment options for pelvic pain vary widely based on the cause. Treatment can range from over-the-counter pain relievers to treat period pain to surgery to repair ovarian torsion. If you are experiencing pelvic pain of any kind, it is important to discuss your symptoms with your doctor so a proper diagnosis can be made and a course of treatment can be recommended.

The physicians, nurses, and medical staff at Raleigh OB/GYN offer a comprehensive list of gynecological and obstetric services to the women of the Raleigh, NC area. If you are experiencing pelvic pain or have other concerns about your gynecological health, call our office at (919) 876-8225 to make an appointment.